Create a "loose parts" play area in your backyard 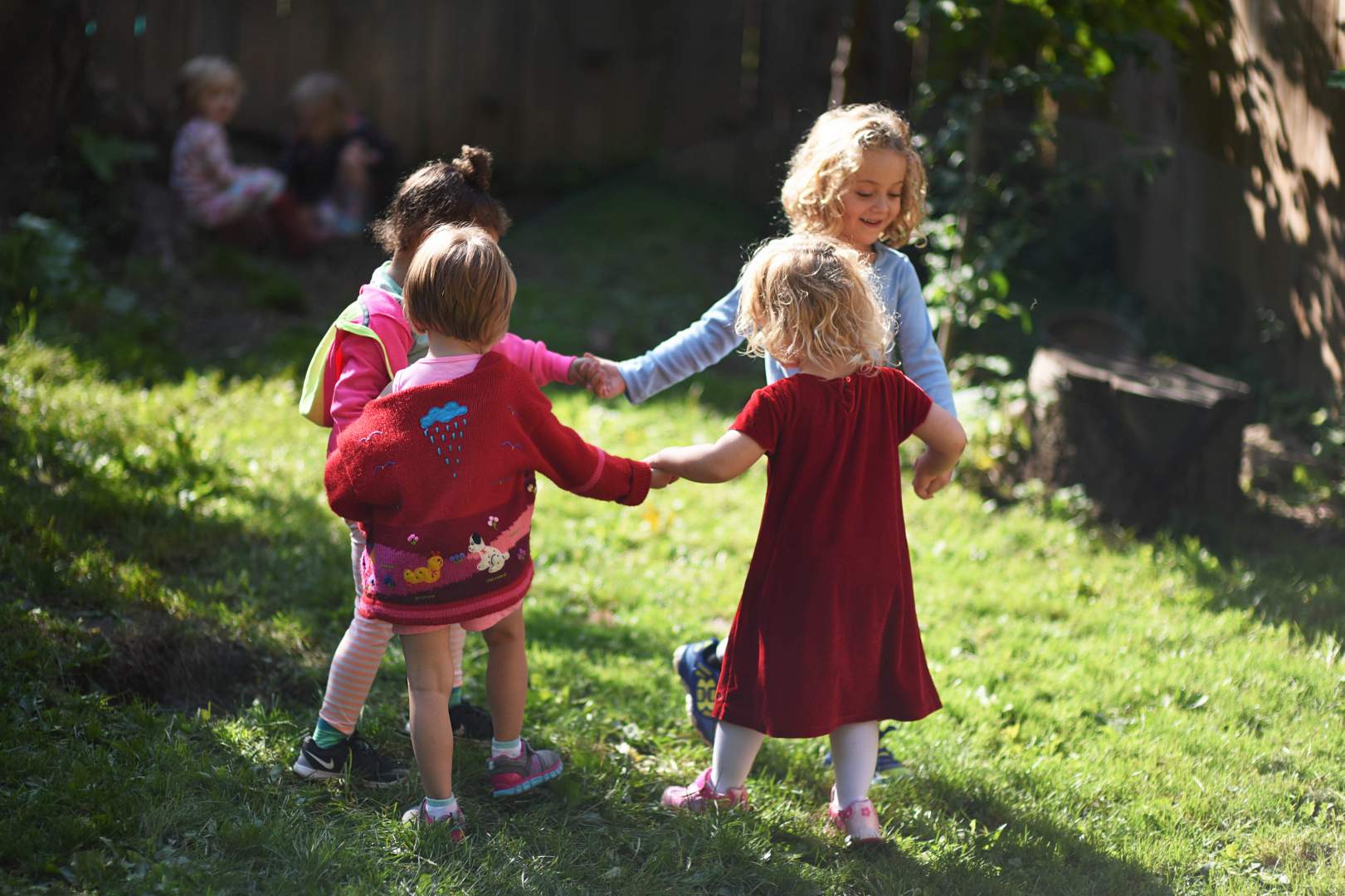 What can we do? Dare to schedule home time; put it on the calendar and celebrate it. Summer is happening in our back yards just like anywhere else, only with less people, less stimulation and more opportunities for self- directed play. In the beginning, if a child is accustomed to adult-directed activities, it might take a moment to make the shift. There are things you can do to assist the child in finding their way into creative exploration of their own environment.

Since the late 1800’s when we first started creating outdoor play areas, their design has evolved along with continuing research about play, but one thing has stayed the same: children’s work is play. Children learn by doing, so we want them to be actively engaged in their environment, to learn about how it works and to develop their physical bodies to meet the demands of ongoing engagement in the world. Give a child a box, a stick, or a pile of sand and they will figure out a creative way to play with it, learning all the while.

In the 1960’s, “adventure” playgrounds were launched in Europe and moved to America. We now refer to the same concept as “loose parts” or “imagination” playgrounds and they are prevalent in Europe and most public parks in major cities in America. How about your back yard? According to this concept, any scrap material lying around (that is safe for handling), is fair game for children’s play. Logs from a downed tree, mulch or leaf piles, mud and sand, etc. serve as raw materials for creations. Buckets, measuring cups, old sheets or blankets, shovels and a source of water are plenty to keep a young child constructively experimenting with the laws of nature as well as developing their imaginations and confidence.

The other day, I watched a young child (perhaps three years old) digging in the sand at the beach. He had no tools, only his hands and his active body with which he created a mound of sand and then about a foot away from it, a whole in the sand as deep as the mound was high. Then he practiced jumping from the mound to the ground, then into the whole and back out again. He did this over and over again, delighted each time to witness the effects of gravity and his ability to land on his feet.

His parents relaxed on lounge chairs behind him where he went to check in periodically when he made a big circle around the space between them and his play area. His siblings occasionally joined in the fun but the little boy did not need anyone else in order to engage in his game. He was self- directed. I would be willing to bet that he ate and slept well that night after all that physical movement. Come to think of it, I rarely see a bored child at the beach or in any unstructured play area, especially amongst children who have not grown accustomed to only external directives. Active participation is the key to healthy development and ultimately success in life, so practice is important. Let’s consider why “loose parts” play areas serve child development.

According to research available (Kable 2010), these are some reasons:

Although the loose parts plays areas do have a “loose” quality, there is some upkeep involved. Children benefit from starting and finishing their play in an orderly environment. Each item has its place in a container or shed, the sand is covered to keep cats out and there is a quality of being settled when the child’s play ends. The clean-up ritual not only restores order but it announces the transition to the end of playtime.

Consider preparing an outdoor area for your young child to encourage the creative free play that supports development and say goodbye to boredom or overstimulation that may come from too many adult directed outings. Summer is sweet and ephemeral like childhood; refrain from overdoing it with young children but rather let them apply their energy and enthusiasm to explore their world in the way that only they can!"

Interested in enrolling your child at The Rose Garden?

Find Application on our Programs page. Complete the form and send it to us by email or mail to secure a space!